If you haven’t done so already, complete the initial FreeBSD setup and install PKG (FreeBSD’s package management system). In the console run the following commands as “root” on the FreeBSD VM. Go to the FreeBSD Handbook to learn more.

Now Pkg is installed we need to install the following required pre-requisites for VMware Tools. These are the main reason why VMware Tools does not run on your FreeBSD VM.

Execute the VMware Tools install within the FreeBSD VM

The VMware Tools installer should now be open. You might need to modify the file to make it an executable if it doe not open.

The following was performed and tested on a FreeBSD 10.3 install on vSphere 6.0. Hopefully this issue gets resolved over time. Your results may vary and the packages mentioned above may change or be removed.

Let me know how you go in the comments. If you’re having issues, I might be able to help you out. 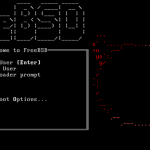