The dawn of Holographic technology is finally here, thanks to the recently announced Microsoft HoloLens.

Secretly for the last several years, Microsoft have been working on the concept being able to go “beyond the screen” through the use of Holographic Technology. Something that has long been considered science fiction, is now a reality. Microsoft hopes that using Holograms, they will be able to “break down the barriers between people and technology”.

Through the use of light and various sensors, the HoloLens is able to display an overlay on top of your surroundings and react accordingly. The device has no wires of any sort and does rely on a smartphone to run. Transparent lens are used, somewhat similar to a motorbike helmet visor, allowing users to still see their surrounds without issue, whilst displaying content in Full HD. Unlike typical 3D rigs, the HoloLens is actually quite light and is able to fit any adult head. Built-in surround sound is also present to help make hologram objects sound more realistic.

Based on Windows 10 at it’s core, the potential for the technology is incredible. This is possible through new multi-device capabilities that are part of the new OS, allowing it to not just run on desktops but also mobile devices. By combining this with a rich set of applications, Microsoft claims the technology could change the way people work, learn and experience everyday life. 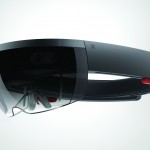 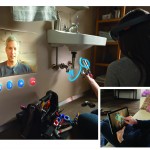 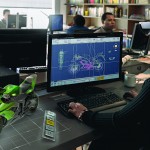 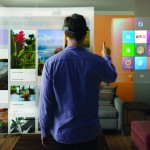 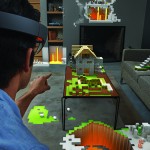